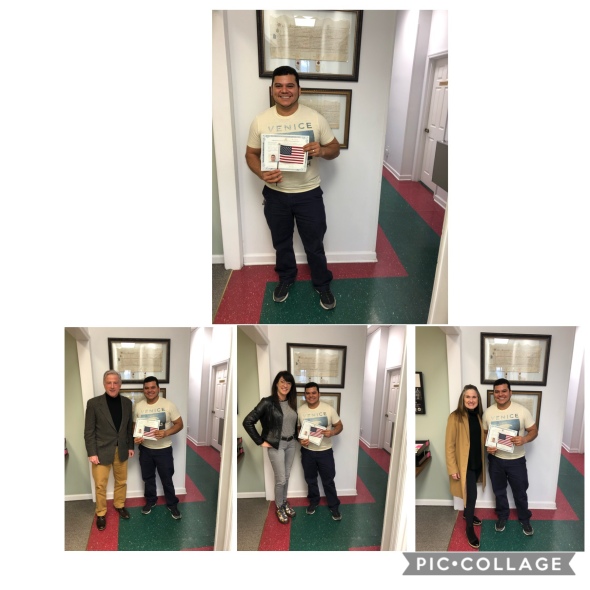 Antonio Grimaldo came to the U.S. in 1997 as a 17-year-old. He had friends who had come here who were working hard to build a better life. Antonio knew he wanted a better life too. He spent his first seven days in America in the back of a van with sixteen other people in the heat of August. That trip started in Arizona, on to Chicago, then NYC, and lastly to Antonio’s stop in Arcadia, Florida, where he immediately began working in the fields picking oranges. When that job ended after a month, he traveled to North Carolina to work as stoop labor picking tobacco and cucumbers for a few more months.

He soon learned he had an uncle living in Athens, Alabama, who would help him find a job and a place to live. Antonio arranged for transportation to Athens, Alabama, but was dropped off in Atlanta because the driver mistakenly thought he meant Athens, Georgia. Antonio then had to buy a bus ticket to Birmingham, Alabama so he could finally make his way to Athens, Alabama. Remember he was only 17 years old, had been in the U.S. for just a few months, and spoke limited English. After boarding the bus in Birmingham, he realized as the sun was coming up, he had taken the wrong bus. He said he still does not know where that bus took him, but he had to get back to Birmingham. He made it back to Birmingham, and this time he was assured he was on the bus to Athens, Alabama. Each stop, he would ask the driver, “Is this it?” The driver would say at each stop, “Not yet, but you are on the right path.” Antonio remembers stopping at the bus station in Decatur, Alabama, on Grant Street which was around the corner from where our office is today. His next stop after Decatur was it. His destination – Athens. The bus stopped at a store in Athens.  Antonio looked for a bus station but the driver said, “This is it. You are here. You have arrived.” Indeed, he had made it, but did not realize his American journey was just beginning.  He now had to work hard, pay his bills, and stay out of trouble.  His first step proved to be the right one – he got a job in Decatur in 1998 where continues working today.

Antonio started the immigration process in 2005 with an immigration lawyer in New Orleans. After Hurricane Katrina hit, Antonio’s immigration case stalled. In 2007 he was asking friends if anyone knew an immigration lawyer in the area. A mutual friend told Antonio about Allen Stoner. In 2007 Allen began working on Antonio’s case. It has been a long labor-intensive process for Antonio, his family, and Allen’s law office team.  In 2008 Antonio returned to Mexico where he was required to wait six months to complete the visa process.  He stayed in the state of Jalisco with family and then journeyed on a nineteen-hour bus ride to the American Consulate in Ciudad Juarez. This was the final step.  The next day Antonio returned to the United States as a lawful permanent resident.  From 2008 through 2018 Antonio continued to work at his job, build his fluency in the English language, and assimilate into the American culture.  In early 2019 Antonio applied for U.S. citizenship.  On December 20, 2019, Antonio was sworn in as a U.S. citizen – 13 years after his first meeting with Allen.

January 17th, 2020 was Antonio’s 40th birthday. He came to our office for a visit holding his mini American flag and Certificate of Naturalization presented to him at the citizenship ceremony.  The bus station is no longer around the corner, but he can walk out of our office, take a few steps, and see where it was located. Antonio reminisced that as a 17-year-old, he could not have dreamed that he would be visiting his immigration lawyer 22 years later as a U.S. citizen. Immigration law may be our business, but it is also a labor of love for our team. We are committed to all our clients, and we are honored to do what we do.  It has been a privilege for us at Allen R. Stoner, P.C., Attorney at Law, to be with Antonio on his American journey.

We Are Busy Working For Our Clients

We don’t update our website as much as “they” say we should.  Why? Because we are busy working for our clients!  We are more interested in our clients than in 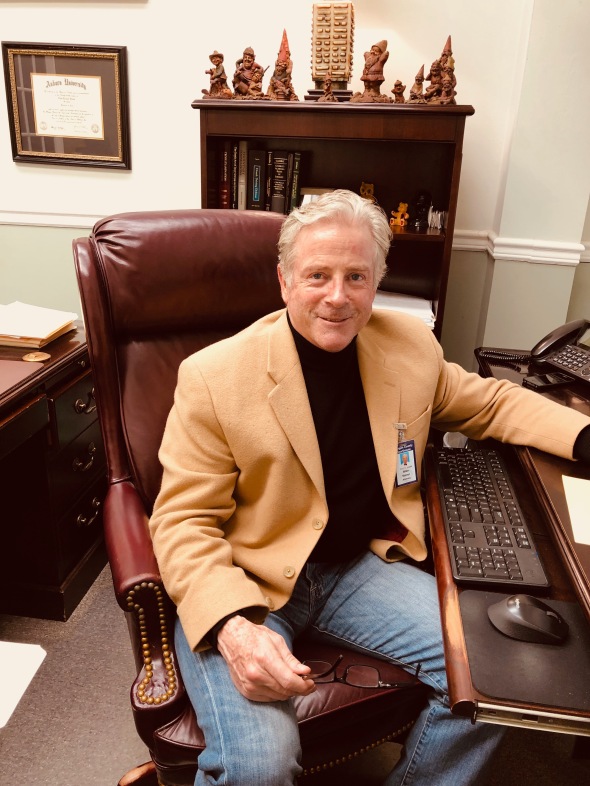 social media or websites.  Our website is to help you find us.  We don’t spend a lot of time posting articles or information; we would rather meet you in person.  When you need a lawyer, call Allen Stoner at 256-355-7670.  We will give you all of our attention too!